Following Saracens' decision not to appeal their sanctions, including a fine of over £5 million and 35-point deduction for salary cap breaches, England Eddie Jones has expressed his fear that some of Saracens players could skip the Six Nations campaign to help their club avoid relegation.

Six Saracens players featured in the starting line up for Eddie Jones' side in the Rugby World Cup Final against South Africa, so understandably England would be short of players.

There will be certain positions, where Englan will be particularly light. For example, two of England's three hookers at the Rugby World Cup are all from Saracens while in the second row the likes of George Kruis, Maro Itoje and Nick Isiekwe are all capped.

With that in mind, we pick a 23 without any Saracens players. If the Saracens players were to miss the Six Nations, Eddie Jones would need to test the waters a bit more with starters Mako Vunipola and Jamie George absent.

Ben Moon's absence from the England Rugby World Cup squad was somewhat surprising as he was often given the starting role when Vunipola was unavailable. It would likely be between Moon and Genge for a start and we have gone with the former starting and the latter on the bench. Also Joe Marler is also likely to return to his test retirement.

Cowan-Dickie started when Jamie George was rested during the World Cup and would likely take over the #2 jersey while Sinckler continues at tighthead.

Itoje would be a major loss for England but the inclusion of Joe Launchbury would be far from a step-down. Lawes started the final and is likely to be retained, particularly with George Kruis also missing.
Back Row: Tom Curry, Sam Underhill and Mark Wilson

Billy Vunipola is the only major absentee in the back row. Unless Jones decides to change things up, which might just do, Curry and Underhill would continue on either side of the scrum.
Brad Shields missed the World Cup due to injury and could feature once again, Nathan Hughes has been in excellent form, as too is Sam Simmonds but we think that Jones will want to limit the changes by selecting Mark Wilson at no.8.
Halfbacks: Ben Youngs and George Ford

Youngs may have had a poor final but Eddie Jones has backed him for the #9 jersey. Ben Spencer came onto the bench as a replacement for Willie Heinze but he too is far Saracens.
Dan Robson could force his way back into the side but as mentioned before Jones might want to limit the changes as much as he can.
Midfield: Manu Tuilagi and Henry Slade

With Farrell missing, Eddie Jones could select the midfield that he want to field for the final. He revealed in his new book that was one of the two selection mistakes he made for the final “I should have chosen Joe Marler ahead of Mako Vunipola at loosehead prop and reverted to the Owen Farrell-Manu Tuilagi-Henry Slade midfield we used against Australia."
Jonathan Joseph could sneak into the midfield but we are backing the Tuilagi-Slade for the opener against France.
Outside Backs: Jonny May, Jack Nowell, Anthony Watson

Jones frequently started Elliot Daly at fullback in the build and during the World Cup but with the former Wasps' back signing for Saracens, he is unavaliable for our XV.
Anthony Watson could move to fullback after starting there during the World Cup, with May and Nowell flanking him.
Ruaridh McConnochie and Joe Cokanasiga could also come into the starting XV.
Forward Replacements: Jack Yeandle or Harry Thacker or Tom Dunn, Ellis Genge,  Dan Cole or Harry Williams, Charlie Ewels or Brad Shields, Sam Simmonds or Nathan Hughes or Lewis Ludlam.

Here is where Eddie Jones' side could change quite a bit from the side that featured in the World Cup. Joe Marler is likely to return to his international retirement, Dan Cole might fall out of the squad and George Kruis would also miss out with Saracens.
There are options at hooker with veteran Exeter hooker Jack Yeandle, Bristol youngster Harry Thacker and finally Bath's Tom Dunn who was in the larger squad in 2019.
Charlie Ewels featured for England before the World Cup and could come back into the squad to cover lock, as too could Brad Shields and Nathan Hughes. There is also an option for Ted Hill or Alex Dombrandt.
Sam Simmonds and Nathan Hughes have been in good form recently and could force their way into the 23 while Lewis Ludlam snuck into the squad before the World Cup and was excellent.
Back Replacements: Willie Heinz or Dan Robson, Marcus Smith or Danny Cipriani, Jonathan Joseph 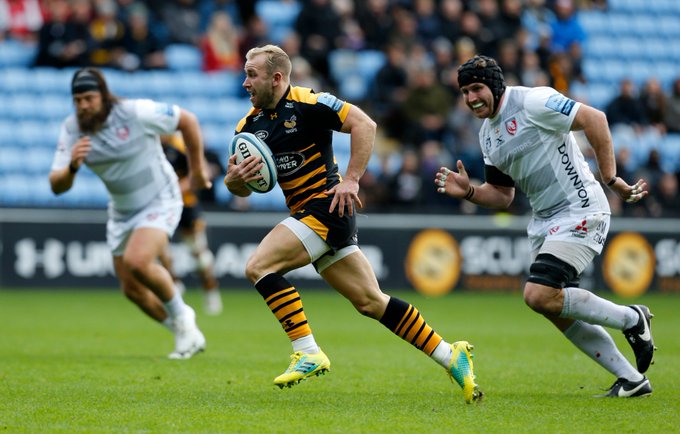 Willie Heinz was another standout for England during the World Cup but Dan Robson could also come into the mix after missing out in the build-up to the World Cup with an injury.
With Farrell potentially out of action, Marcus Smith could earn his first test cap while Danny Cipriani can't be ruled out entirely although it is unlucky he gets another look in.
Finally, Jonathan Joseph completes our team with his versatility in the centres and wing as well as his current form making it hard to rule him out.
Follow @UltimateRugby