New Zealand coach Steve Hansen has named his team for the Pool B match against Namibia at Tokyo Stadium on Sunday, 6 October.

Jordie Barrett will make his first career start at fly-half. He will be the 14th player to play for New Zealand in the No.10 shirt at a World Cup.

Samuel Whitelock will make his sixth career start as captain, he has never lost when captaining the All Blacks. 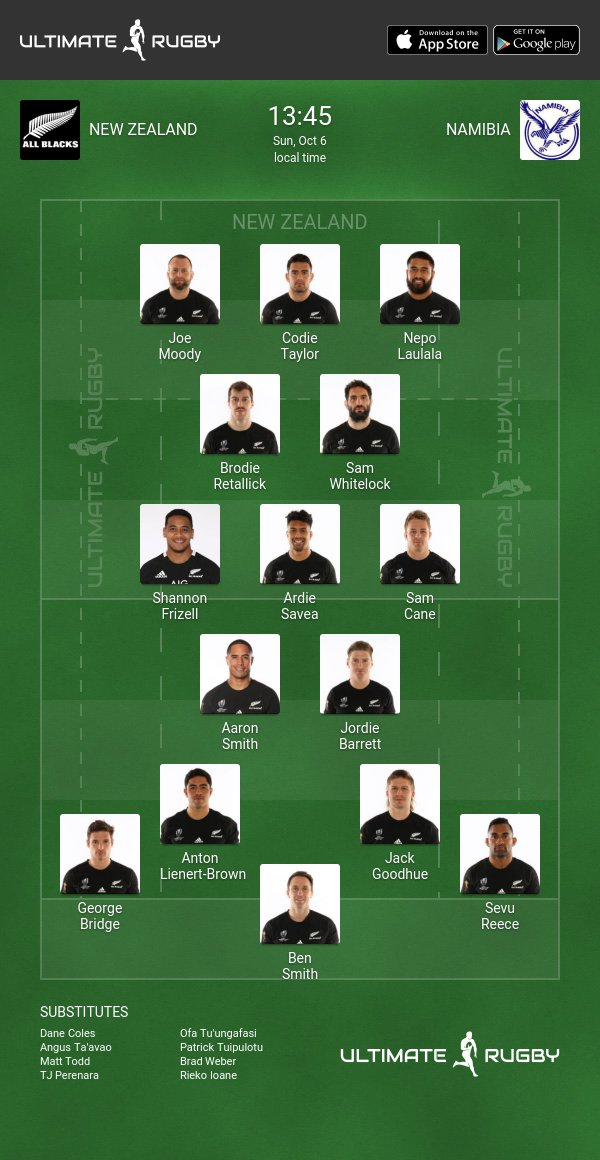 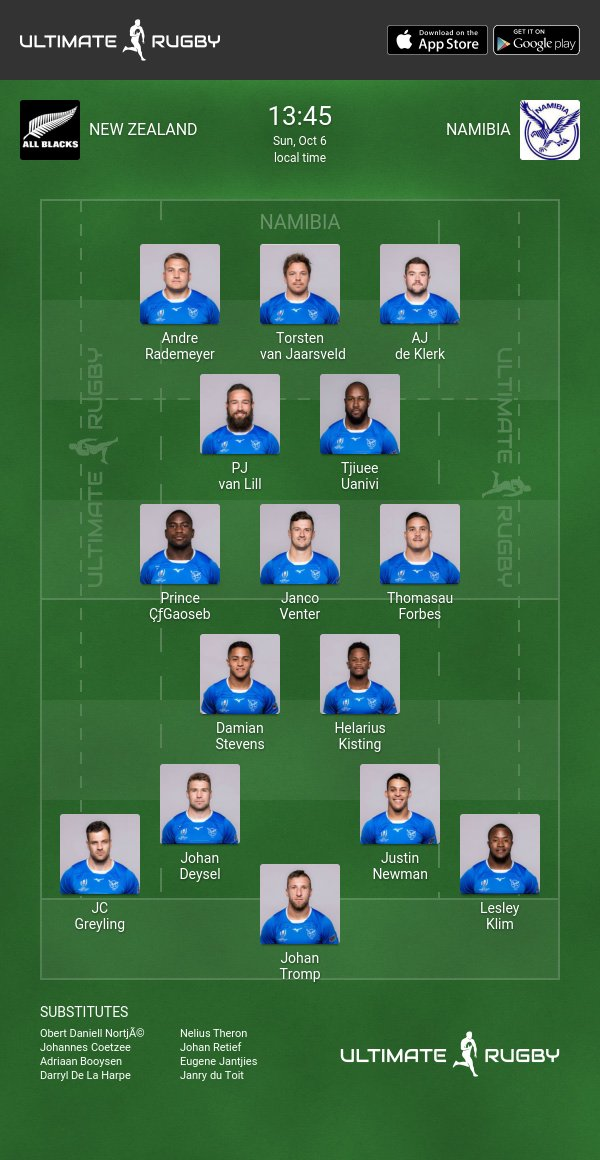