Georgia coach Milton Haig has announced his team for the Pool D match against Australia in Shizuoka Stadium Ecopa on Friday, 11 October.

Twenty-one of the 23 who were named against Fiji return, with only prop Giorgi Melikidze and utility back Tamaz Mchedlidze coming in for Levan Chilachava and Miriani Modebadze on the replacements bench.

Gorgodze will start for the 14th time at a Rugby World Cup which is a record for a Georgian player, one ahead of Kacharava who starts for the 13th time in the competition. 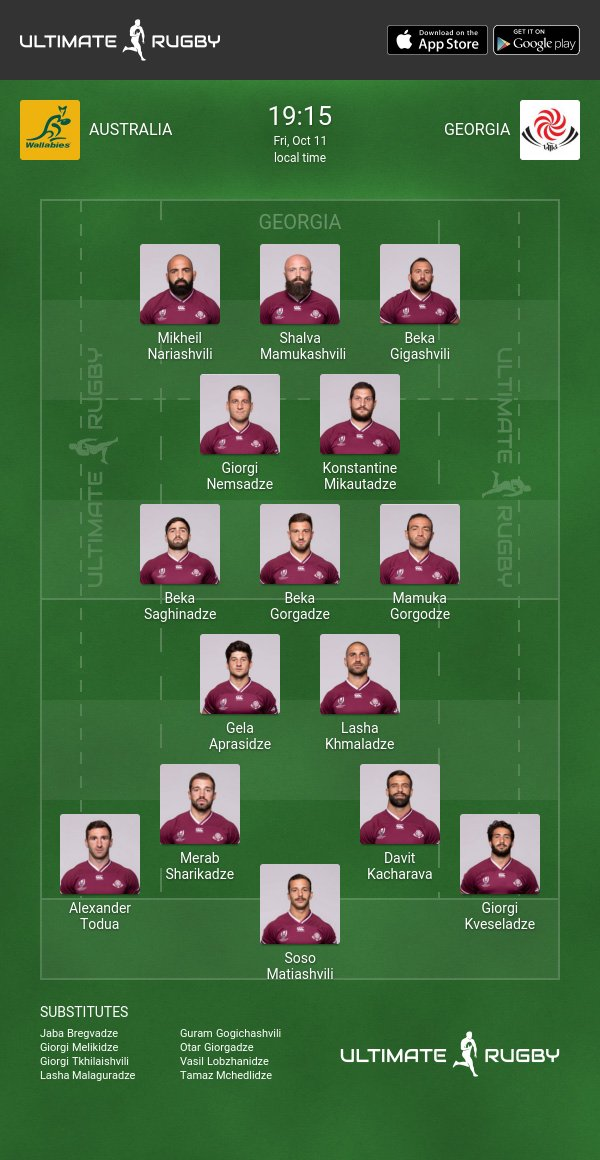